Recent press coverage for the region

The West Australian’s Inside Cover writer Ben O’Shea recently spent a couple of days in the region on holiday with friends, and loved his time here so much he decided to feature Your Margaret River Region not once, not twice, but three times over three days last week! This included a write-up on his whale watching expedition with Legend Charters, followed by a recap (and a Happy Birthday to you) of the first 12 months of the Margaret River Busselton Tourism Association, and finally sharing with those who hadn’t already seen it, the kangaroos ‘can’t fight the moonlight’ pic that has taken the world by storm, captured by local lad Sean Blocksidge from The Margaret River Discovery Co. 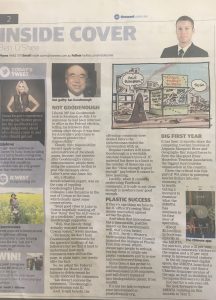 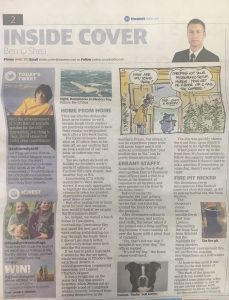 For the one or two, possibly three people left in the world who haven’t yet seen Sean Blocksidge’s now infamous kangaroo images from last week, see the full story here (including the slightly M-rated versions that weren’t shared on social media).

This month we participated in a very cool competition with delicious. Magazine as last years winner of ‘Most Outstanding Region’ award, offering readers a chance to win the Ultimate foodies trip for 2  prize package to Your Margaret River Region, including flights, car hire, luxury accommodation and dining experiences. The competition was promoted via their magazine, website, social media and range of digital advertising platforms, with a reach valued at more than $1.1m, click for more.

The Sydney Morning Herald featured the region in a great write-up, ‘When only the west will do’: download the article here.