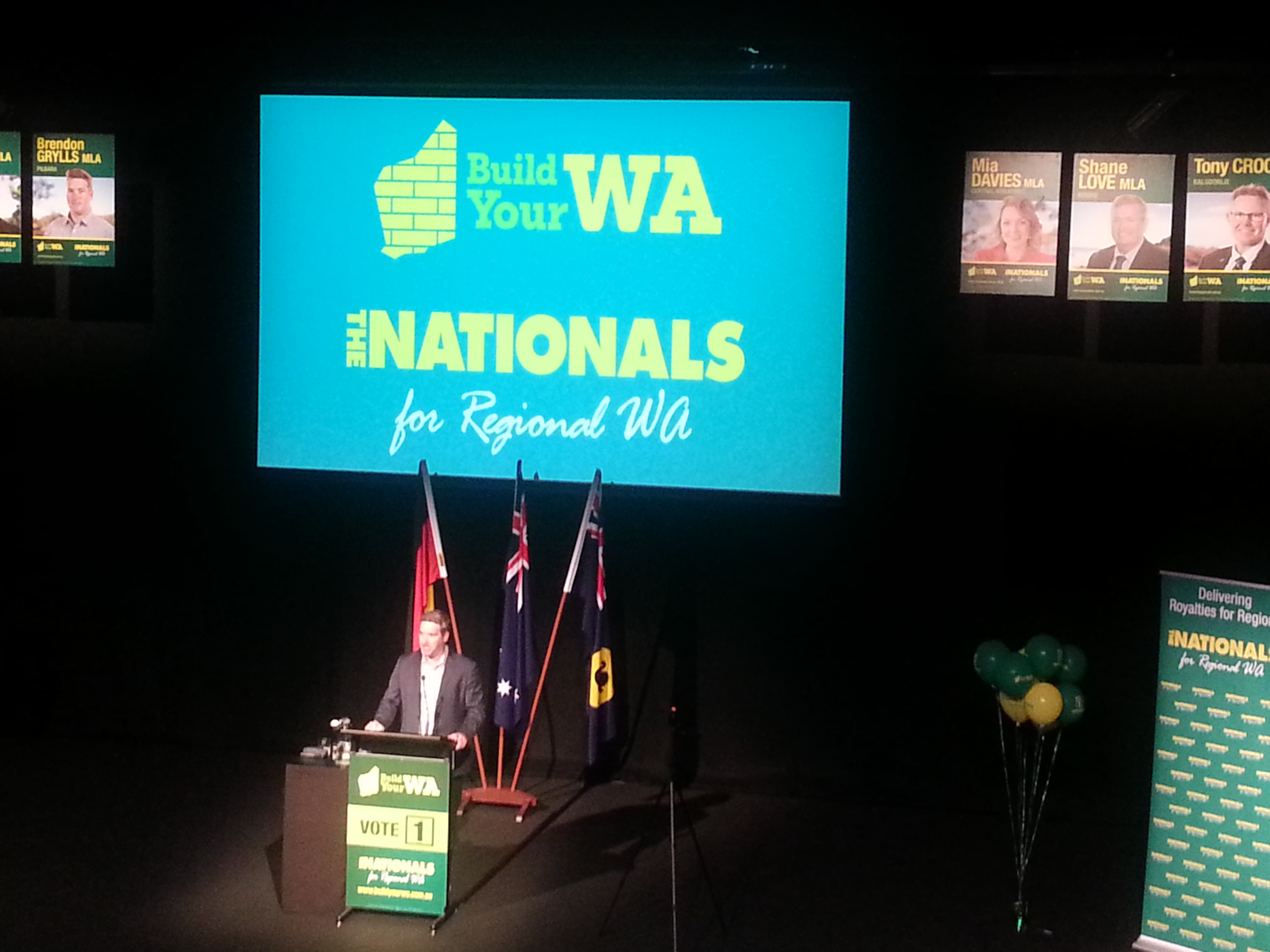 The first of the State Government tourism policies has just been revealed by The Nationals, described as a ‘tourism investment revolution’ by WA leader Brendon Grylls.

The Nationals’ website states that the proposed $610 million package would include:

With direct flights from Europe, The Nationals WA are committed to establishing a $220 million fund that will capitalise on our tourism potential. The fund will invest in new products and infrastructure for WA that new and existing tourism businesses can take advantage of and allow tourism projects such as headworks and roadworks which align with local priorities to be created.

A major impediment to attracting visitors to and from regional WA is the high price of regional air fares. However it is not just tourists who are turned off by the steep prices, it is also a source of great frustration for regional residents for whom air travel is essentially a form of public transport.

In Government, The Nationals will establish a Select Committee of Parliament within the first 100 days of new government to investigate and make recommendations on the allocation of $125 million which will to address affordability of existing routes, develop new routes, create package deals including accommodation and events to attract visitation and create partnerships with existing carriers.

The Nationals will commit to $125 million towards a Destination Marketing Fund for five years, in addition to the current 2016/17 budget for funding tourism marketing and events.

To make WA the market leader in Australia for Aboriginal experience tourism $75 million over five years will go towards unlocking the potential of authentic indigenous tourism products.

The Fund will work alongside traditional owners and in collaboration with the Western Australian Aboriginal Tourism Operators Council (WAITOC) to build and develop new product ideas and businesses. Achieving World Heritage Listing of the Burrup Peninsula will also be a priority.

The Regional Events Program has been funded by Royalties for Regions since 2011 and has developed truly iconic regional events including the Ord Valley Muster and Gourmet Escape to name a few.

The Nationals in Government will add another $75 million over the next five years to continue delivering the events and ensure visitor numbers increase and raise regional WA’s profile as a tourist destination.

These centres employ 900 people and inject over $117 million annually into WA’s economy and act as an important interface between tourists, domestic visitors and local communities.

$10 million will be invested to build and support digital infrastructure for Regional Tourism Centres and WAITOC.

The proposed investment would add to The Nationals’ existing Royalties for Regions program, which in this region has been instrumental in the development of the Busselton-Margaret River Regional Airport; regional visitor centre content; Cape Leeuwin and Cape Naturaliste Lighthouse; Busselton Foreshore and the Augusta Boat Harbour.

We will look forward to sharing the Liberal and Labor election promises once they are released.