By Amber AtkinsonOctober 3, 2017Events, What's on?
No Comments 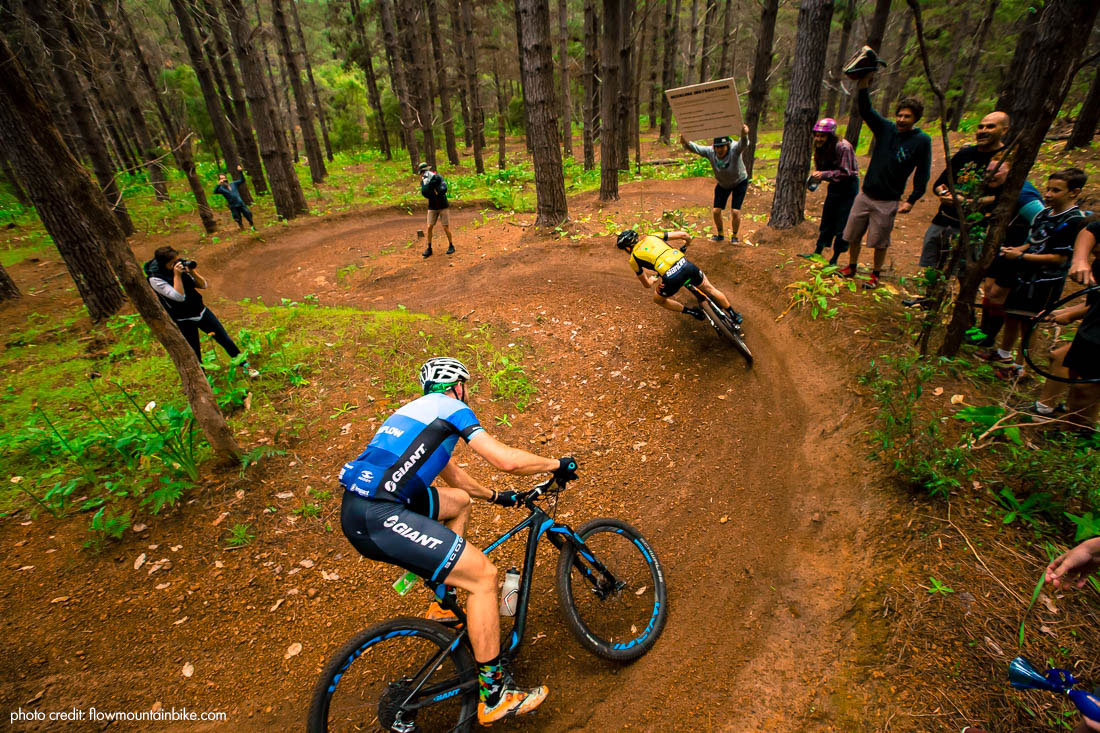 Stage 1 – Xanadu Wines
Stage 2 – Highlights of Stage 2 is an easy choice, the loamy singletrack goodness of Boranup Forest is a winner with everyone. With almost 30km of loamy goodness awaiting the WA locals will be loving the escape from the regular pea gravel that they normally ride whilst the overall grandeur and experience of the magnificent Karri Forrest will be one for all riders to cherish for years to come.
Stage 3 – The highlight of Stage 3 would have to be the vast expense of singletrack experienced in the Middle Earth area. Each rider will have their own personal favourite trail but the whole area is a highlight with the amazing mix of jumps, berms, rocks, drops and burnt out trees!
Stage 4 – Starting from the main street of Margaret River you’ll kick start the ride through south carters, test out the incredible trails of the Pines and finish up with some all NEW single track through Compartment 10. 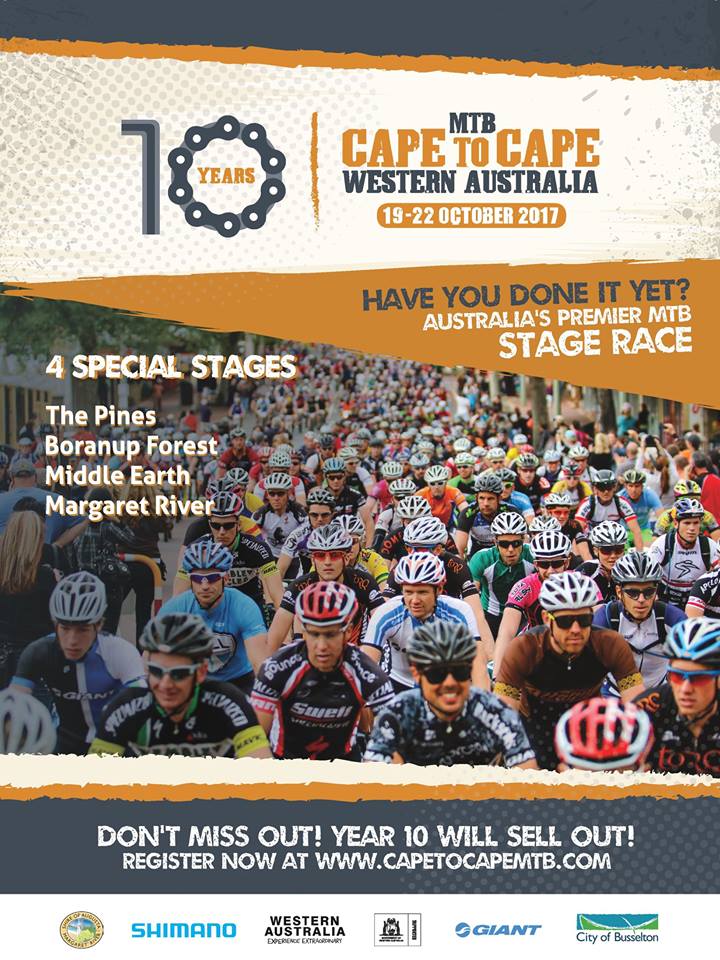 The 2017 Cape to Cape will be based solely out of venues around Margaret River with all four stages starting within a 5km radius of the Margaret River town centre. The Four Special Stages have been designed to incorporate the best trails used throughout the ten years of the Cape to Cape MTB and will include Boranup, Middle Earth, The Pines and the soon to be opened Compartment 10.

The redesign of the course has also seen the inclusion of ‘Stage Host Venues’ meaning each stage will start and finish at the same location! This will take the previous logistical issues away from planning.

Stage Host Venues will include Xanadu Wines, Leeuwin Estate, Colonial Brewery and the centre of Margaret River Township itself.

For the first time Cape to Cape MTB will also be implementing wave starts from Stage 1 with the first wave saved for elite riders only and those who have previously finished in the Top 100. Behind them contenders can select wave times based on their ability level with waves leaving at 15 minute gaps all morning. Allocation to these waves will be on a first come first served basis, so if contenders want to ride with their friends they are encouraged to sign up straight away to reserve a spot.

2017 will be an event for the whole family with the close proximity of stages reducing travel time during the day and increasing the opportunity to really explore the Margaret River region and all that it has to offer! To cap it off Cape to Cape MTB will have an “Event Village” within the middle of Margaret River.

The Event Village will be open daily for the week of the event from the Wednesday onwards for Registrations, Merchandise, Sponsor Zones, Riding Demos, plus a stage for daily presentations and nightly music acts.

It will be the place to relax after each stage with food trucks, mobile bars, sponsor demos, elite rider marquees and everything else – all within a close proximity of popular bars and restaurants in Margaret River.