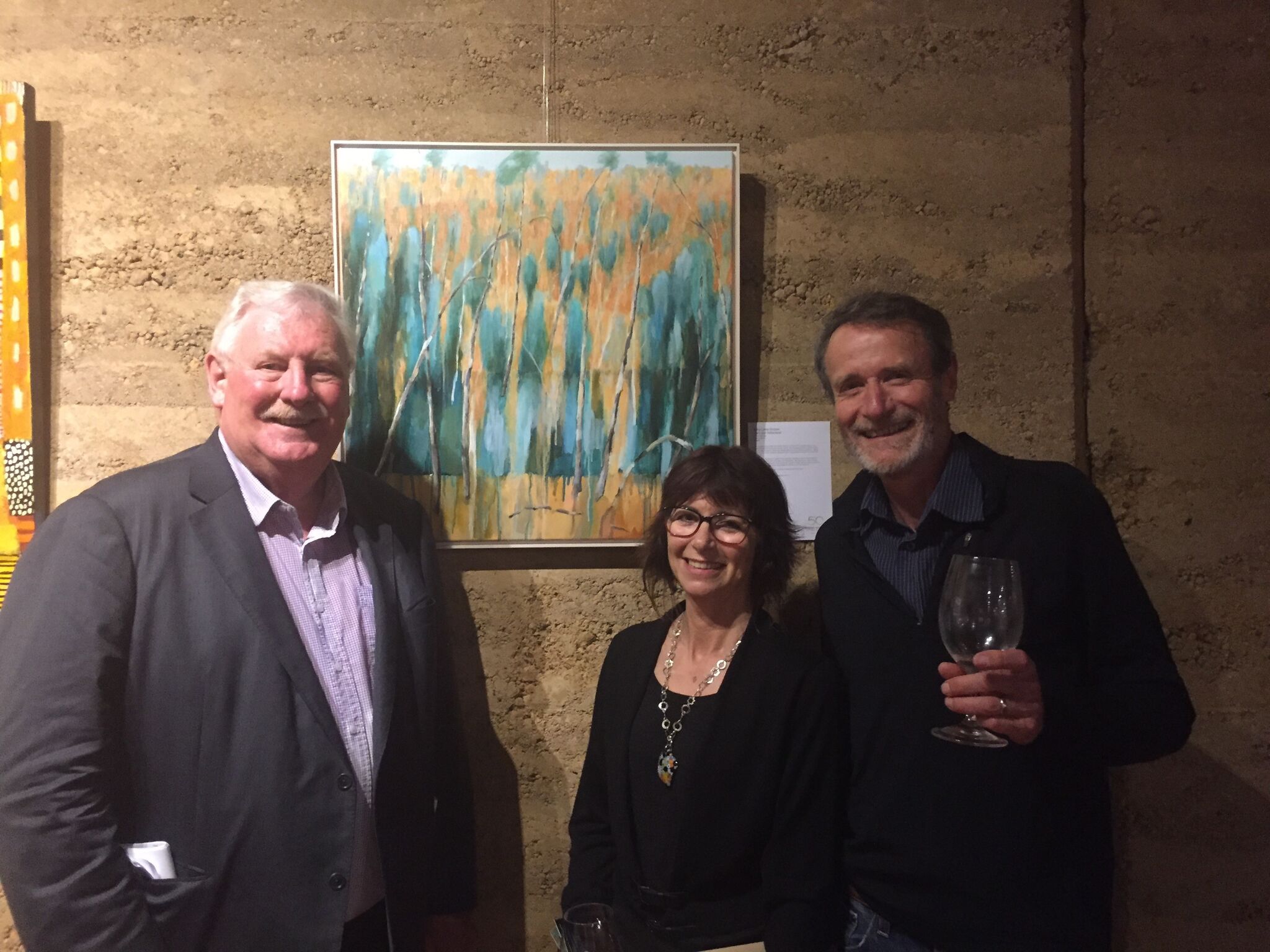 It was announced by MRWA Chair, Hon. Barry House, at the opening of the exhibition on Saturday night at Cape Mentelle Barrel Hall.

Mary-Lynne was awarded an attractive prize bundle valued at over $4,000 and will benefit from the prestige and publicity associated with creating the 50th Anniversary wine label artwork for a wine that represents a collaboration of the best of Margaret River Cabernet Sauvignon in a great vintage.

The artwork will be auctioned at the Grand Cabernet Auction & Dinner during Gourmet Escape, on Saturday 18 November.  Net Proceeds will be donated to Nature Conservation Margaret River Region.

Mary-Lynne was amongst 15 renowned local artists who submitted original artworks for this significant landmark occasion.  The remaining collectable artworks are available for sale at the Anniversary Wine Label Art Exhibition, which runs until 28 October.   The Peoples’ Choice prize will be announced at the conclusion of the exhibition on 30 October.

Mary-Lynne said “I am honoured that my artwork will be showcased, fusing fine art and fine wine, on the prestigious 50 Year Anniversary Cabernet Sauvignon Wine Label. I am a landscape painter who mainly works in oils and the Australian bush is my inspiration with its unruly and chaotic nature.  I try to bring something of myself to the painting, drawing on both memory and the feelings I had at the time of being in the landscape. My approach is more intuitive working in layers applied in a thin and fluid manner to begin with to build up a surface which then starts to suggest possibilities of what the work can become.”

Hats off to our winners at the inaugural national Good Food Guide Awards!