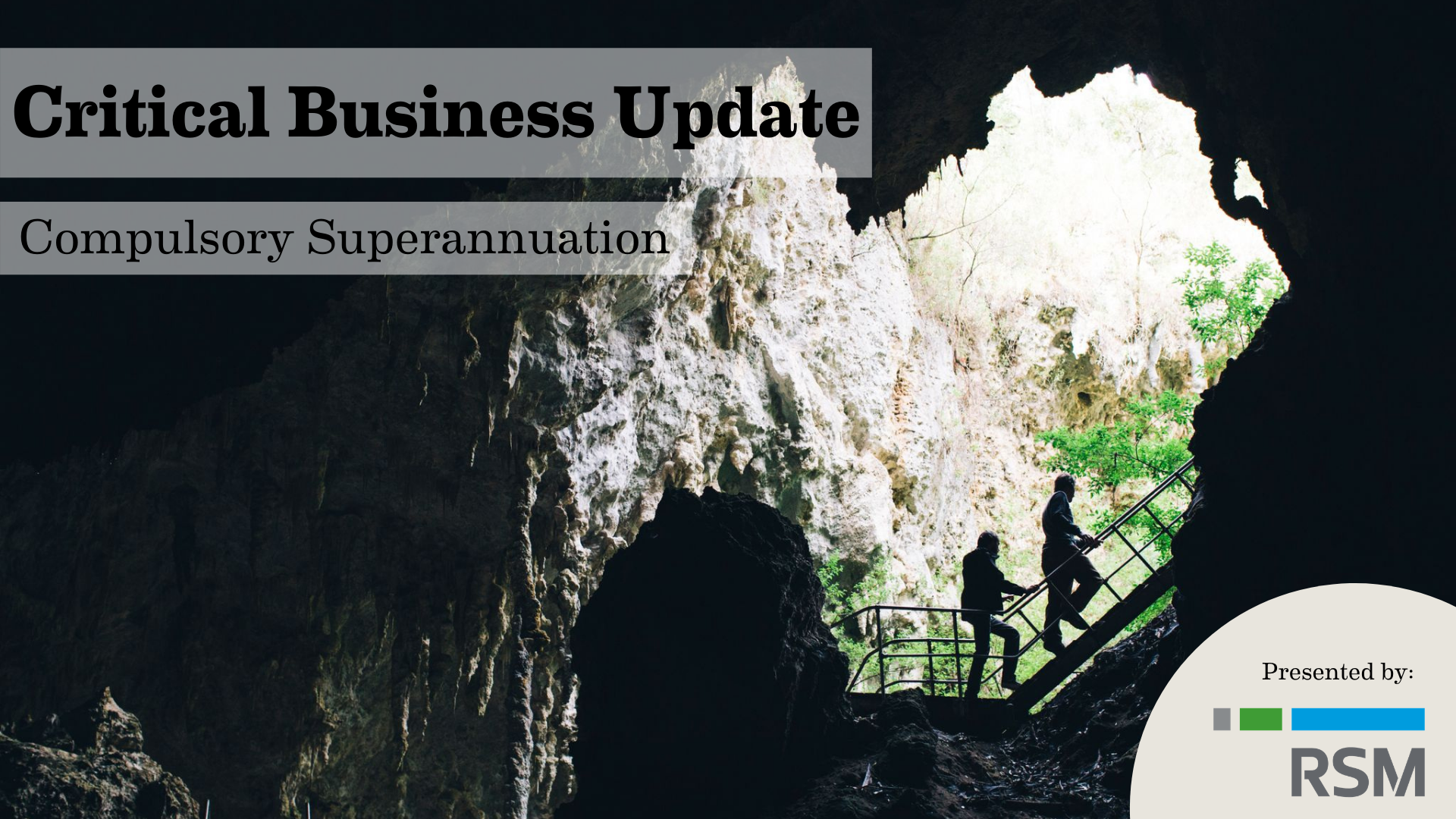 The amnesty is over

The superannuation guarantee amnesty period ended on 7 September 2020. Despite significant industry lobbying it was not extended and it appears highly unlikely to ever be repeated. The amnesty specifically covered superannuation shortfall amounts for the period 1 July 1992 to 31 March 2018. Any shortfall amounts that did not qualify for the amnesty were dealt with under the existing regime of Superannuation Guarantee Charge (SGC) penalties. Whilst an excellent once off opportunity to get your house in order, the impact of COVID could not have come at a worse time. Tourism & hospitality operators were understandably focused on other more pressing matters instead of being able to perform a historical review of their superannuation obligations. Employee costs can commonly be the largest proportion of operating expenses for tourism and hospitality businesses. This makes the post superannuation amnesty period of particular importance to the industry as it now looks to recover from COVID.

Given the amnesty period has passed, any superannuation shortfall amounts are now subject to the usual onerous penalties. Superannuation Guarantee (SG) payments must be paid to the employee’s complying superannuation fund or RSA by the quarterly due dates which are 28 days after the end of each quarter. Contributions are only considered paid when the superannuation fund receives the payment. Banking or superannuation clearing house delays outside the control of employers can mean that some payments are not made on time.

SG payments not received by the employee’s superannuation fund by the relevant quarterly due date will be considered a SG shortfall amount and incur the following automatic penalties:

Other potential penalties include director penalty notices, the General Interest Charge (GIC) and part 7 penalties of up to 200% of the total SGC amount.

If you have not paid the correct amount of superannuation by the due date you must lodge a Superannuation Guarantee Charge (SGC) statement notifying the ATO of the shortfall amounts.

The first issue of a post amnesty period is that we fully expect ATO audit activity will increase. The ATO has your employee payroll data available to them in real time and we could see the ATO begin to issue automatic default SGC assessments based purely upon their data matching capabilities. The ATO’s view will be that business owners have no excuse for SG shortfall amounts as they should have taken the opportunity to come forward during the amnesty period for any SG shortfall amounts prior to 31 March 2018. The ATO will also subscribe to the view that there should be no SG shortfall amounts following 31 March 2018, as every business should now be fully informed and fully compliant.

The second major issue that went through almost unnoticed is that the ATO has now lost the ability to remit Part 7 penalties in full, except in specific circumstances. Part 7 penalties can result in an amount of up to 200% of the superannuation shortfall amount. The ATO has published a draft law administration practice statement PSLA 2020/D1 which outlines the steps the ATO must make in assessing the amount of additional Part 7 penalties it must apply.

Following the amnesty period, the ATO is by law not permitted to reduce the Part 7 penalties below 100% of the SG charge except where:

If you pay your compulsory superannuation late the only way to fully ensure you avoid the Part 7 penalties is to lodge your quarterly SG statement by the lodgement due date.

SG statements are due for lodgement by the 28th day of the month following the original quarterly superannuation payment date.

Employee payroll for tourism and hospitality operators can be complex. Large numbers of staff together with high staff turnover and a multitude of different payment rates makes it difficult to manage. Most business operators are trying to do the right thing but there can be a complacent assumption that paying superannuation late is not a major issue just so long as it is paid eventually.  Paying late does not fix the problem of the ATO penalties- the requirement to lodge an SGC statement remains, and the automatic application of penalties remains. The interest penalty continues to accrue until you lodge the SGC statement, even if you have actually paid the original superannuation shortfall amount.

How to protect yourself:

Do not leave payment of employee superannuation to chance. The SGC penalties are exceptionally severe and have the potential to seriously impact your bottom line. These penalties coupled with a more aggressive ATO armed with real time data make the calculation and payment of employee superannuation by the due date an absolute top priority for any business operator. If you are unsure or need professional advice, contact your local RSM adviser today!