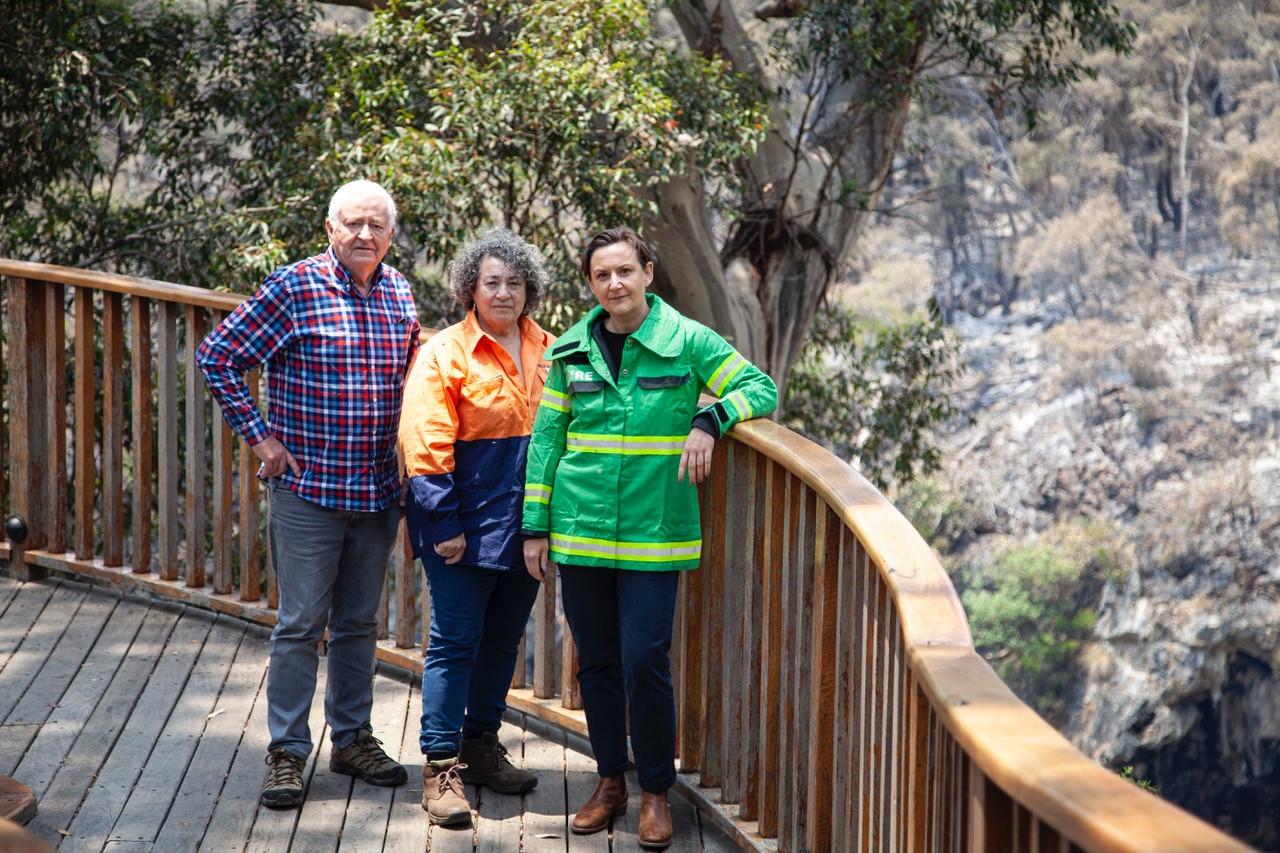 Together with partners at the Shire of Augusta Margaret River, the Undalup Association, the Margaret River Wine Association and Nature Conservation Margaret River Region, MRBTA has worked to develop a six-point Recovery Plan, which identifies the priority areas of focus for the region not only to recover, but to thrive into the future.

The draft, which will be refined before submitting formally to Government shortly, reads as follows.

1.    Joint Aboriginal management of the National Park in perpetuity
– to ensure the Park benefits from ongoing full involvement of traditional Wadandi skills and knowledge, and builds employment.

2.    Resources to restore and sustain the Park
– to ensure that the entire Park has sufficient resources to be fully restored to good health and then maintained in that condition, free of weeds and feral animals.

3.    Reinstatement of the Nindup Plain, including privately held Blue Gum plantations
– to recognise the pivotal ecological role of the Nindup Plain, the need to sustain subterranean water flows, the fact that the part of the Nindup Plain within the Park boundary has been destroyed
– to protect flora and fauna (including Stygofauna, Western Swamp Tortoise and Geocrinia), and
– to embrace the imperative for an east-west corridor now that native logging is to cease.

4.    Visitor facilities, education & management
– to re-imagine tourism and visitation in the Park, and
– to provide for curated, informed, primarily non-motorised future enjoyment and appreciation of the Park, its significant natural values and beauty as well as its significant Aboriginal and European heritage values, and to adequately manage the significant pressures of being the State’s most-visited Park.

5.    Future fire management
– to augment where appropriate regional fire-fighting equipment, protection and support, and
– to introduce and trial traditional Wadandi burning to the Forest now that the fuel load has been eliminated.

6.    Financial sustenance for businesses whose income will be significantly affected by the fire, including MRBTA
– to provide support to tourism-related businesses/individuals who are reliant on the Forest for income, together with any wine producers who may have been affected by smoke damage.

Signatories of the Plan include:

The collective is seeking support from the State Government to assist with funding, and early feedback on the approach has been very positive.

The Recovery Plan forms part of the response to assist the dozen or so MRBTA members operating within the Boranup Forest who have suffered significantly.

MRBTA is working closely with these businesses, and have met with the Minister for Tourism, the Hon. David Templeman, and our Local Member for Warren-Blackwood, Jane Kelsbie – together with Australia’s South West and Tourism WA – to share impact statements and discuss avenues of support.

Firefighters did an incredible job of saving the main buildings at both Mammoth Cave and Lake Cave.

It is hope that Mammoth Cave will reopen in the coming weeks, subject to appropriate safety assessments being completed.  There has been some damage to other non-essential infrastructure at the site, and this will be repaired over the coming months.

Lake Cave will be closed until approximately Easter. While the main building is intact, significant sections of the boardwalk from the main building to the cave entrance have been damaged and will need to be repaired.

Celebrating Success at the WA Tourism Awards
want all the latest news in your inbox? subscribe to our in-depth newsletters

© 2022 MRBTA.
Your Margaret River Region acknowledges the Wadandi people of the region as the traditional custodians of this land, and we pay our respects to their Elders past, present and emerging.