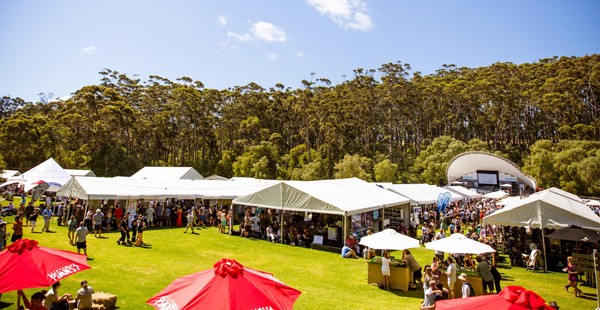 The world famous Margaret River Gourmet Escape once again descends on the Margaret River Region for another year, bringing a fantastic line up of amazing food, fine wines, great beer and celebrity chefs.

Widely regarded as the original celebrity chef and ‘godfather of modern cooking’, Marco Pierre White will be heading to Western Australia this November to headline the Margaret River Gourmet Escape festival.

The Margaret River Region will be featured on the TV series Taste of Australia this week! It will be featured this Sunday 19th July at 6.30pm on Foxtel’s Lifestyle Food Channel it’s YOUR episode! The episode will also be airing encore episodes Saturdays at 8:30am. Before watching you can check out the a blog post on the behind the scenes filming of the episode flimed in Margaret River which you can find here : Behind the scenes blog

The event programme will be available on Monday 20th July to begin planning your trip, with tickets on sale Tuesday 28th July 12 noon AWST.

See below the latest media release here including the chefs that will be making an appearance at the Gourmet Escape this year! Tourism Research Australia’s latest news and publication releases
want all the latest news in your inbox? subscribe to our in-depth newsletters